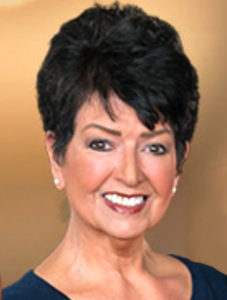 Sharon K. Gilbert may already be known to you as the co-host of SkyWatchTV‘s flagship interview program and as the co-host of SkyWatchTV‘s weekly web exclusive program ‘SciFriday‘ (both programs along with her husband Derek P. Gilbert). She also hosts the popular Christian women’s program, SkyWatch Women One on One, which will soon expand into a panel discussion and interview program.

Gilbert has contributed to several Defender Publishing anthology books, including ‘I Predict‘, ‘Blood on the Altar‘, ‘When Once We Were a Nation‘, and ‘God’s Ghostbusters‘.  She is also the author of ‘Ebola and the Fourth Horseman of the Apocalypse’.  Sharon and her husband, Derek P. Gilbert, have hosted podcasts since the genre began (since March 2005): PID Radio and View from the Bunker, and a weekly Bible study called Gilbert House Fellowship.

However, Gilbert has a deep love for writing fiction and using the tales she weaves as a means to teach spiritual truths. Her first two books, ‘Winds of Evil’ and ‘Armageddon Strain‘ (both which are now out of print and available only as used copies – see links) are prime examples of this, but both are set in current time. The Redwing Saga is a departure from that, using the Jack the Ripper murders as a jumping off point to reveal dark, spiritual truths behind geopolitics, the industrial age, scientific invention, and secret societies.

‘Blood Lies’ is only the first in what Gilbert hopes will be a series of at least two dozen books that will span the years from 1888 through World War I. Of course, anything is possible in the field of fiction, so if the characters and plots find an appreciative audience, then it’s quite possible that there will be far more to this unique spiritual warfare novel series.