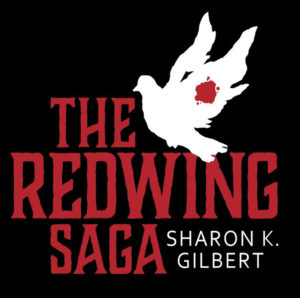 The Redwing Saga is a series of novels set in the 19th and early 20th centuries. Though commencing with the Jack the Ripper murders, the books go far beyond this dark series of murders and shine the light on spiritual warfare and prophetic plans within a fictional setting. The characters include human and inhuman players, and as the series unfolds the plans of the Enemy will become more and more clear, not only to these characters but also to the reader.

‘Blood Lies’ reveals the men and unseen spirits behind the dark and shadowy group known as Redwing. Opposing these sinister men and their plots to bring hell to Earth is a group of men and women who keep a secret. A very special secret. A secret of blood. This group of brave, spiritual warriors is known as ‘The Inner Circle’.

And it all begins when a little girl is left next to her dead mother in Whitechapel.