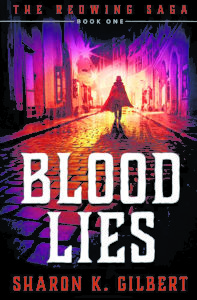 It was well past midnight by the time Annie Donovan had finally earned enough to pay for a night’s lodging in the dosshouse. As she stumbled through the dark, the choked backstreets and alleyways of Spitalfields teemed with an eclectic mix of nightlife: drunks by the dozens; gaunt beggars in bug-ridden rags with outstretched, bony hands; bleary-eyed dockworkers staggering home from their wharfside labours; exhausted chars and pale-faced, hourly wage housemaids who scrubbed and polished middle-class homes by day but scrounged for a warm place to sleep each night; and the occasional silhouette of ad hoc lovers pinned against sooty brick walls or broken windows, heaving rhythmically to the sad, symphonic strains of weeping and public house revelries. All around this east end sea of flesh, floated a silvery mist, rising into the miasma like dragon’s breath on a winter’s evening.

Annie’s blue dress, once her Sunday best, was ripped at the shoulder seam, thanks to the excited pawing of an impatient trio of Russian sailors, but she walked with her chin held high, a music hall tune playing in her head, and she imagined herself to be a regal queen without a care, a silken pocketbook heavy with silver, dangling from her bejeweled fingers. Each footfall of Annie’s worn boots echoed against the thick fog as she walked along the muck-stained cobbles. Passing by a street corner, she could just make out the familiar form of a quick-paced duo, a greasy sailor’s cap sliding off the man’s balding pate, his excited grunts spilling a cloudy mist into the night air: customer and product, sharing a bit of warmth and a sip of cheap gin before exchanging a coin or two. Sighing, Ann Marie Donovan wondered how she’d ended up in such a dismal, doom-ridden place.

Married at sixteen, the bright-eyed daughter of a lawyer’s clerk had taken the train from Manchester toward a fresh start in metropolitan London with her new husband, a handsome young cartwright named Bill Donovan. Six months later, Bill had been charged, found guilty, and sentenced to ten years in Pentonville for theft and counterfeiting, leaving his desperate wife to scratch out a meagre living on the miserable streets of Whitechapel. Finding respectable employment for a girl with few skills had proven impossible, so Annie had set up a back alley ‘shop’, selling the only commodity she owned—her body—earning small sums by offering nightly entertainments to anyone willing to pay. Now, twenty years old and looking twice that, Annie had learnt the tricks of staying alive from her street sisters. She slept in a rented bed when she could, on the street or in doorways when she couldn’t. Lift your skirts if you must, but never be too proud to beg a penny from a passing Christian. Tonight, a warm bed awaited at Flower and Dean Street, if only Mr. Cooper hadn’t already sold it.

“Posies, Miss? Buy a posy from a blind girl,” came a pitiful call from around the next corner. Annie’s weary steps slowed as she reached Fashion Street, little more than a connecting lane that ran south of Christ Church. With Spitalfields now serving as refuge for the mass exodus of beleaguered Jews fleeing the Russian Empire’s deadly pogroms, the Anglican church building seldom housed a congregation, unless one counted the peddlers and prostitutes that littered the lawn and cemetery day and night.

Donovan stopped and gazed at the girl, who sat all alone on the steps of the church’s main entry. She can’t be more than six, Annie thought with a sharp pang.

Annie fetched out a pearl button from a tobacco tin, and handed it to the child. “I’ve no money to give you, luv, but here’s a pretty button for your dress.”

The girl reached out timidly. Her small, soot-covered fingers closed around the offering, which she then slipped quickly into her apron pocket.  “God bless ya, Miss,” she smiled. “What colour?” she asked, touching the wilted carnations in her basket. “I fink I go’ pink and yellow still. Pick your favourite. Nuffin’ cheers like yellow—so said me mum afore the typhus took ‘er las’ year.”

Annie wiped a tear and brushed at the girl’s dirty curls with her own bony hand. “No need, pet. You keep it. You got a place to bed tonight?”

“You, too, pet. You, too.” Annie returned the rusty tobacco tin to her own pocket, gazing up at the dim light of the gas lamp near the church’s doorway. With a sigh, she turned north toward Brushfield Street and ‘Cooper’s Rooms and Rents’, a miserable heap two blocks west of Commercial. She could still hear the flower girl’s plaintive call as she disappeared into the rising fog. Her mind on the child and her own sorry life, Annie suddenly cried out. Her ill-fitting, right boot had struck something in the lane, causing her to trip, and she tumbled forward onto her face.

“Lord ‘elp us!” Donovan gasped, slowly picking herself up from the rough cobbles and brushing her hands. As she did so, she noticed her hands felt slick, wet. Fearing she’d cut herself, Annie checked her palms in the pale light of the street lamps, finding dark stains on both. “What in the name of…?” she asked aloud, her left foot still caught in something soft and wet that blocked the path.

Looking down, Annie realised with horror just what it was that lay upon the rough dirt and cobbled surface. Something beyond imagination. “Oh, merciful heaven! Help! Help!” she shouted, tears sliding down her dirty face as bile rose to the back of her throat.

Police Constable Thomas Wenderly blinked to clear his eyes. “Coffee, sir?” he asked the desk sergeant, an imposing Irishman named Taggart, who appeared half asleep himself. “Sir? Would you like some o’ this coffee? I made it myself, sir.”

The older man took the stoneware mug of steaming, black liquid and sipped, licking at his lips as he pondered the strong taste. “Well, lad, at least you can make coffee,” he noted with a paternal grin. “It’s a start. How ‘bout doing a bit o’ real police work, Constable? Here comes Sergeant Littlefield. Lend a hand with that door. Look sharp now!”

“It’s murder! Like I ain’t never seen before!” the detective shouted to Taggart, gasping for breath. “Over on Commercial. A woman’s been ripped apart. Head torn clean off. And there’s more…” He paused a moment, holding the door and stepping to one side as a uniformed policeman approached, carrying an unconscious child in his arms. “There’s a witness!”